Go to gkairshows.com for air show schedules where Greg Koontz will be performing. You may visit www.conourins.com for information on contacting Chuck Conour for your aircraft or other aviation insurance needs. 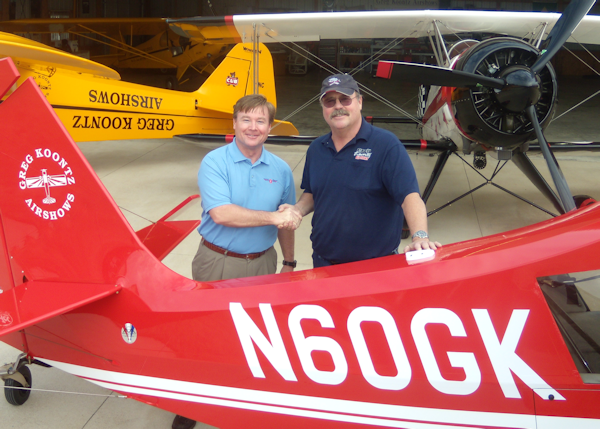